News Ticker
Are you looking for a cool place to escape during an intensely hot summer? Would you like to find some family movies that your entire clan will enjoy? Here are some new films to keep on your radar:
Dora and the Lost City of Gold
Having spent most of her life exploring the jungle with her parents, nothing could prepare Dora (Isabela Moner) for her most dangerous adventure ever – High School. Always the explorer, Dora quickly finds herself leading Boots (her best friend, a monkey), Diego (Jeff Wahlberg), a mysterious jungle inhabitant (Eugenio Derbez), and a rag tag group of teens on a live-action adventure to save her parents (Eva Longoria, Michael Peña) and solve the impossible mystery behind a lost city of gold.
With the story by TomWheeler and Nicholas Stoller, Dora and the Lost City of Gold comes to life as a movie through the screenplay by Nicholas Stoller and Matthew Robinson. The adventure film, directed by James Bobin, also stars Isabela Moner, Eugenio Derbez, Michael Peña, Eva Longoria and Adriana Barraza. Temurera Morrison, Jeff Wahlberg Nicholas Coombe, Madeleine Madden and Danny Trejo are also appear in the new movie, scheduled for release on August 9, 2019.
THE ANGRY BIRDS MOVIE 2 FINDS THEIR HATCHLINGS
The adorable Hatchlings of Sony Pictures Animation’s and Rovio’s The Angry Birds Movie 2 are colorful creatures, which are certain to entertain your family. Lively voice actors include Brooklynn Prince (The Florida Project), JoJo Siwa, Genesis Tennon, Alma Varsano, Faith Urban and Sunday Urban. The Hatchlings are the baby birds that have stolen everyone’s hearts and have no intention of giving them back. Check out the action in a sneak peek clip from the film:
They join an all-star cast that includes Jason Sudeikis, Josh Gad, Leslie Jones, Bill Hader, Rachel Bloom, Awkwafina, Sterling K. Brown and Eugenio Derbez. Danny McBride, Peter Dinklage, Pete Davidson, Zach Woods, Dove Cameron, Lil Rel Howery, Nicki Minaj and Beck Bennett join the talented ensemble.
In The Angry Birds Movie 2, in theaters August 14, 2019, three Hatchlings voiced by Prince, Tennon and Varsano (Zoe, Vivi and Sam Sam) embark on their own epic story, and are now up to their own tricks! Their role-playing-game-gone-wrong launches them on a charming and delightful adventure. No hatchling is too small to dream big!
PLAYMOBIL‘s® Animated Action Adventure
In PLAYMOBIL‘s® animated action adventure, a top-secret organization has caused citizens from different lands to vanish from thin air.  The dashing and charismatic secret agent Rex Dasher (Daniel Radcliffe) must partner with smooth-talking food truck driver Del (Jim Gaffigan) and Marla (Anya Taylor-Joy) a smart, savvy civilian with her own secret agenda, to rescue them. Against unthinkable odds, the trio go on a fantastic journey across stunning new worlds as they gather clues for their rescue mission.

The new film, directed by Lino Di Salvo, includes a cast with Anya Taylor Joy, Jim Gaffigan and Gabriel Bateman. Watch for the release of PLAYMOBIL, scheduled for August 22, 2019.

Are you looking for other family-friendly movies and ideas for activities, which some of these films inspire? Check out Artsphoria Movie Reviews & Film Forums. Then, post your comments!

Your guide to everything #FlowerShow. Learn more about all our events and exhibits here ➡️ https://t.co/SCP0EWG7I3
View on Twitter
13
0

This farm is turning a desert green as it looks to the future https://t.co/qugfKqGESa
View on Twitter
35
0

Everyone is singing about #ZoeysPlaylist! 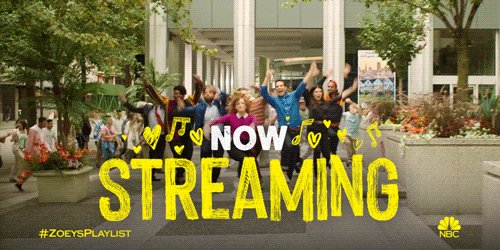 The Strand Is Opening A New Bookstore On The Upper West Side At Former Book Culture Location https://t.co/sSPwPv1TfU
View on Twitter
121
0